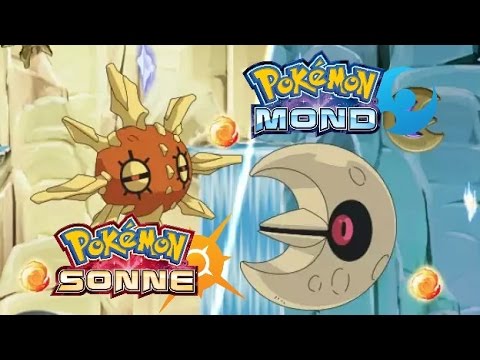 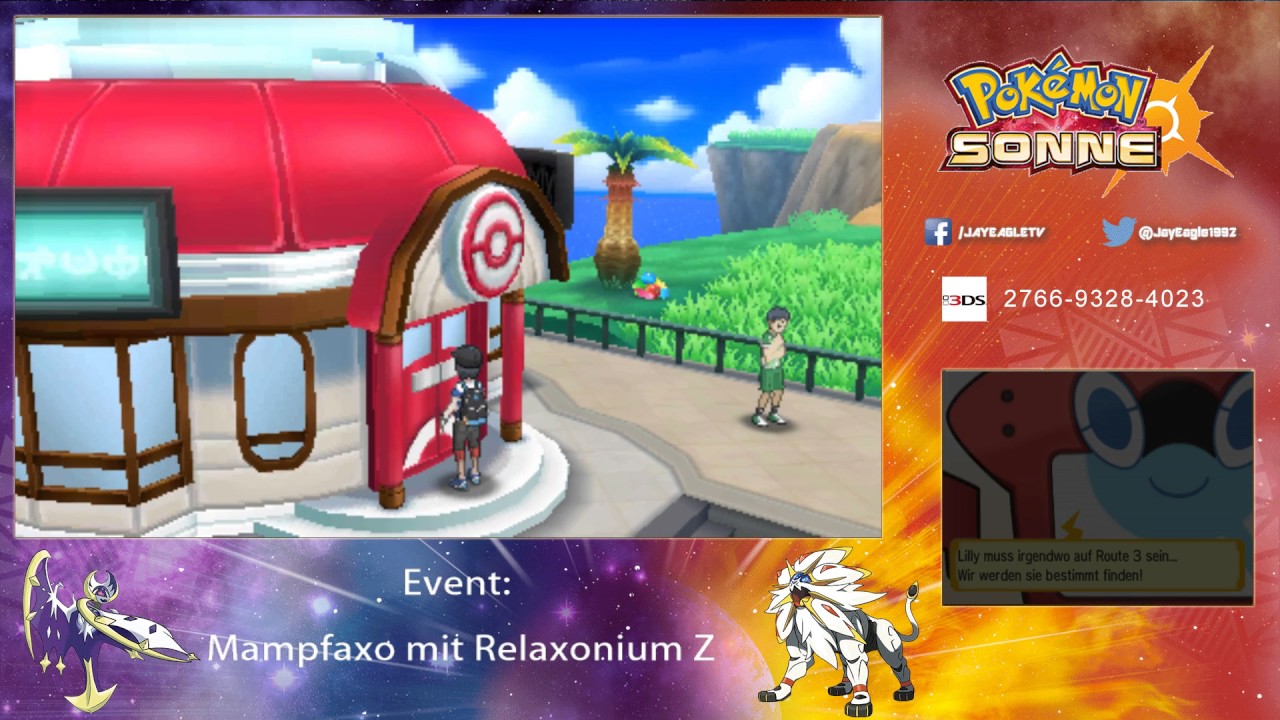 But Team Skull wants them too! Sophocles learns his family may be moving away. A mysterious trainer with a powerful Lycanroc easily defeats Team Skull, and rumors about him spread.

Then Lillie reveals that he's her brother! After they wake up feeling mysteriously drained, they realize there's something in the forest.

Ash takes Snowy to his house while Pikachu goes home with Lillie. Ash and the rest of the class head to Akala for a practical class under her supervision.

For the first class on Akala, Ash and his friends are paired with Stoutlands for a treasure hunt. Lillie and Lana struggle with their partners.

The night of the battle, Rockruff sneaks off and meets the island guardian Tapu Lele. The next day, the whole school searches for him. Feeling unappreciated at her family restaurant, Mallow runs away.

While her friends and Team Rocket search for her, she meets an Oranguru. Lana and Popplio are working on their Z-move, but without much success.

When performer Ida and her Brionne visit, Lana asks to train with her. Sophocles asks Ash and Kiawe to join his team in the annual experimental Charjabug car competition.

Cosmog goes to school with Ash, where Team Rocket have parked their donut truck. They scheme to steal Cosmog, but it's got teleportation powers.

Lillie's mom invites everyone to her private island, but her assistant Faba is being creepy towards Cosmog, and Team Rocket has infiltrated the staff!

Lillie argues with her mother over recording her activities, casting a shadow over the group sleepover at Ash's house with Professor Burnet.

Gladion initially blames Ash, but then starts to suspect Faba. Undeterred, Faba hatches a plan to kidnap Cosmog and use it to open a wormhole to Ultra Space.

Lillie, Ash and the crew are hot on his heels! While Ash worries about Cosmoem, Lillie and Gladion decide to rescue their mother.

Ash and his friends commune with the Island Guardians, who brought Cosmog to him. After arriving in Ultra Space using Solgaleo's power, Lillie and the gang find Lusamine, but she's merged with the Nihilego that kidnapped her!

Professors Kukui and Burnet have an important announcement. After a Jigglypuff appears, it picks a fight with Komala. When Ash and the professors leave Rotom in charge of the house, it accidentally switches places with the Rotom in a new washing machine!

James' Mareanie spoils his attempts to catch a Frillish and capture a Toxapex with whom he has a tortured past.

Lana's little sisters return from a walk in the forest with an unusual berry, which Mallow recognizes from when she and Lana were young. Team Rocket mistakes an Alolan Meowth for their Meowth.

The new Meowth goes back to their base and seems to be planning to take over Meowth's life. But Team Skull interrupts his match with Ilima! Ilima is looking for a rematch, and Team Rocket has plans too.

The Poipole returns, and only Pikachu spots it! A battle with Team Skull nearly makes Ash late for work experience day.

Sophocles finds a buried rocket ship while out camping in a bamboo forest. He assume it's from a fairy tale, but it may be an Ultra Beast!

Resort executive Bourgain offers to buy Kiawe's family farm, and he won't take no for an answer. To end his sabotage, Kiawe and Marowak challenge him.

After a group of Dewpider are forced out of their home, one of them gets separated from the rest. When it meets Lana, it develops a crush on her!

Mallow's big brother Ulu and his Lickitung return from their journey just in time for the Alola Bread Festival, and they decide to enter it together!

There they meet a legendary troublemaker named Gengar. After their defeat by Nanu, Ash and Lycanroc want to grow stronger.

Acerola suggests seeking out the Island Guardian, Tapu Bulu. Nanu sends them to battle Ash at an abandoned supermarket, with Acerola as judge.

After a presumed Ultra Beast takes the stage at a fireworks festival, the Ultra Guardians are summoned to capture it.

Then another one appears. A short cut through a cave system turns complicated: Ash and Kiawe get separated from the group and Lillie finds herself challenging a Tyranitar!

Faba returns, showing off his latest invention: an incredible shrinking machine. But when it goes haywire, Ash, Sophocles and Lillie get shrunk!

Ash and Poipole meet artist Mina and her empathic Ribombee. Poipole begins expressing itself through painting, but then its feelings take a dark turn.

After practicing vaulting in gym class, the students mistake Ultra Beast Stakataka for a vault box. The Guardians pursue it to Viren's building site!

But Team Rocket are already on-site with a plan. On the eve of a solar eclipse, the adults are strangely exhausted.

The Ultra Guardians set out to disperse the clouds to access a giant wormhole. With a mysterious attacker draining the Alola's region's Ultra Aura, the Guardians fight it off with Solgaleo's help.

Working together, they turn back the darkness! Everyone learns a lot about Pikachu and Ash's Pikachu makes lots of new friends.

Kukui gets roped into taking Burnet and Ash to a Masked Royal meetup at the mall. Ash has completed three of his four Grand Trials, but there's still plenty for him and the Ultra Guardians to do with their friends in Alola!

Can they save the play? But watch out for the enraged Golem! Ash and Rowlet are challenged to a battle by a friend they meet in the forest.

After being so easily defeated, they're determined to win the rematch. Rotom is offered a role in a popular TV series, but the shooting will take place overseas.

While Ash is happy for Rotom, he is sad to say goodbye. Desperate for friends, a lonely Eevee sets out on an adventure to Alola, but the journey isn't easy.

Will Eevee get there safely and find a new home? Ash and Pikachu challenge Tapu Koko to a battle and suddenly end up elsewhere. Where are they and how do they get home?

It's up to Ash and Pikachu to make things right or they'll never see their friends again. Ash and friends are excited by Brock and Misty's surprise visit and decide to go to Treasure Island for some fun.

But it looks like they have company. Love is in the air! Brock suggests a trip to Akala Island, hoping to see his crush, Olivia, and win her heart.

But first, he must pass Olivia's test. For their research projects, Ash and his classmates visit Poni Island, where Ash is accused of stealing Poni Radishes.

Can Ash prove his innocence? Ash wants to face Tapu Fini for the Grand Trial and challenges Hapu to a battle, but she only says no. If she's not up for it, maybe someone else is?

In hopes of evolving his Charjabug, Sophocles goes to Vast Poni Canyon, only to have an unexpected encounter with his rivals and enter into a battle.

Ash and Kiawe challenge each other when a mysterious old man appears before them. Kiawe must complete his quest in time or Ash's life is in danger.

Ash and friends are helping Hapu on the farm when strange mist suddenly starts to form around them. Could this be the mist they've been talking about?

Will he earn a new Z-Crystal? Ash and his friends realize they had brought with them uninvited guests from Poni Island. These amazing creatures are like nothing ever seen before!

But even before the class has time to get to know them, one of them is already in trouble. Ash and his friends are given a chance to watch a film shoot, where they get to meet an adorable Magikarp named Karpy.

But something seems strange. Oh no! Ash and his friends are having a great time at Malie City when Shaymin, Sandy, and Meltan go missing. Only the finalist gets to battle with the chief on the top floor for the Kantonian Gym badge.

Sophocles enters a Vikavolt Race to earn a Buginium Z, but it won't be an easy competition. Will he be able to stay strong and earn the first prize?

Mallow visits Oranguru's cafe to get some Big Mushrooms, and ends up cooking a unique dish for an unexpected customer, which earns her a special gift.

So they come up with a plan of their own to cover up the lie. Frustrated and upset, he just wants to give up. There have been mysterious things happening all over Melemele Island lately, and the Ultra Guardians are on the case.

But here comes a bigger problem! What happened while the two were gone? Ash and his friends eagerly arrive at Manalo Stadium.

But when Team Skull causes a ruckus outside, a fight breaks out before the games even begin. Dust, fire and lightning fill the air! The stadium heats up as the Top 16 face one another: Ash vs.

Faba, Ilima vs. Guzma, Hau vs. Principal Oak and Mallow vs. Jessie and James face off, still undercover and in agreement to perform half-heartedly.

But as the fight drags on, one of them changes their mind. Ash lets Rowlet compete in the next match, but they may not be able to win unless Rowlet masters a new skill in a very short time.

Rowlet and Decidueye battle it out in the air! Some rivals bring out the best in each other, while others trigger the worst.

With a spot in the semifinals at stake, Guzma fights dirty. Kiawe's sister Mimo arrives on the island to cheer him on, but she runs into Team Skull before she reaches the stadium.

Luckily, a hero appears! The semifinal round begins with Gladion and Silvally facing Kiawe and Turtonator. Then Ash and Torracat square off against Guzma and Scizor.

With his winning streak at stake, Guzma is tormented by fear. But for the first time in a while, he chooses to stay in the fight until the very end.

Professor Oak and Delia arrive the night before the final match. A group of wild Meltan also come to visit, and with their help, Meltan evolves!

As the final match continues, Ash and Pikachu battle against Gladion and Zoroark, with both sides using their Z-moves. There can only be one winner!

As the tournament ends, an Ultra Wormhole opens up, releasing a Guzzlord. When more Ultra Beasts arrive, it's all hands on deck to save the islands.

Ash, Alola's first-ever champion, steps into the stadium to battle the legendary Masked Royal, Professor Kukui, in a full six on six match.

The match between Ash and Prof. Kukui continues, with Ash and his friends giving it their all against Kukui's age and experience. With a few days left until vacation, Ash and Kiawe duke it out for the first time.

Led by Magearna's vision, Lillie and Gladion set off on a journey to find their father. Meanwhile, Ash also has plans to depart on his own.